Property: For sale, 202 ha Rain Forest Farm on the Caribbean side of Costa Rica - Caribbea... 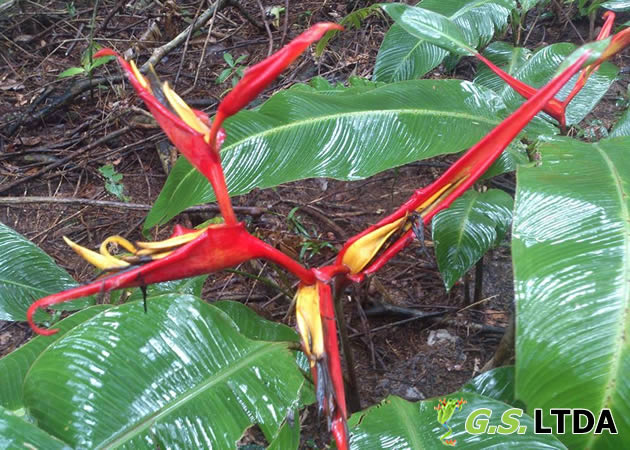 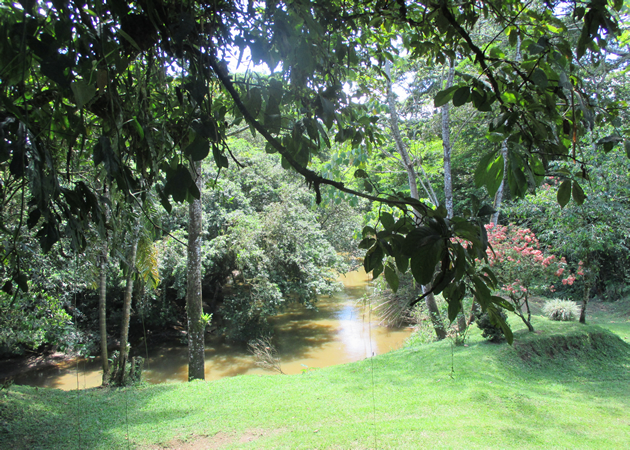 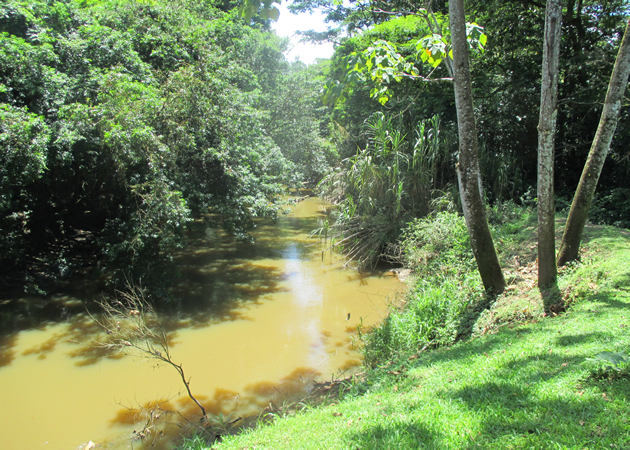 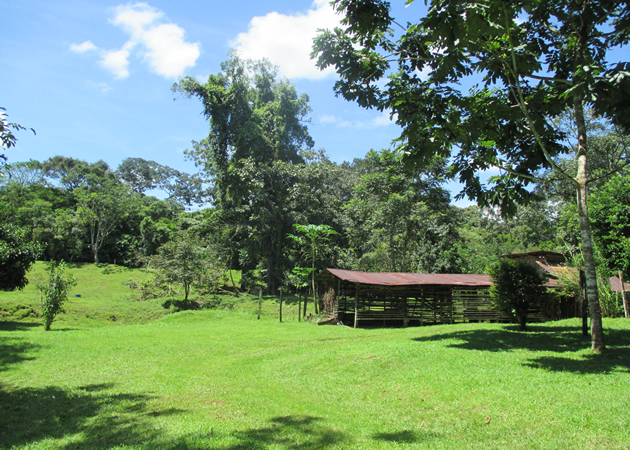 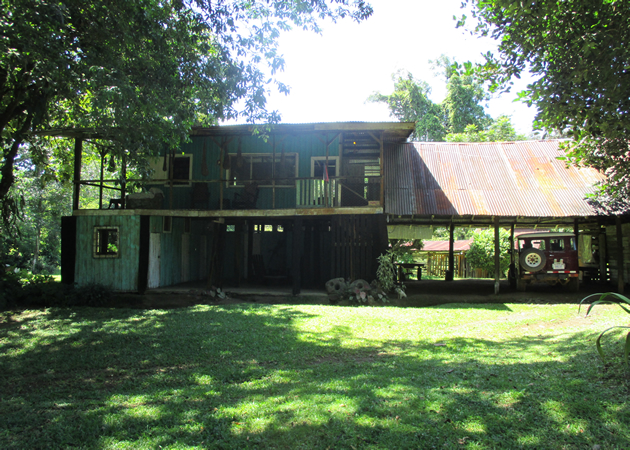 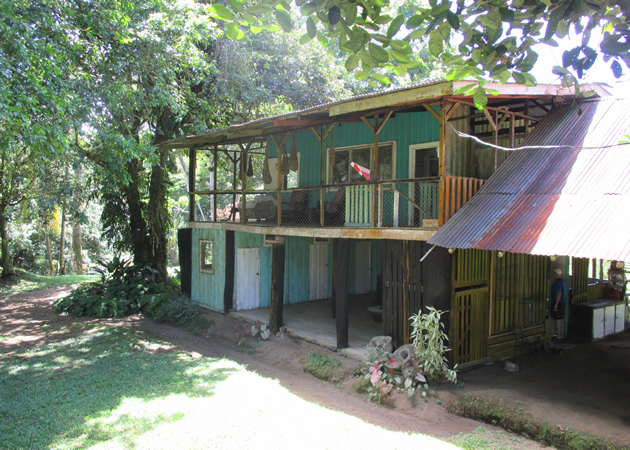 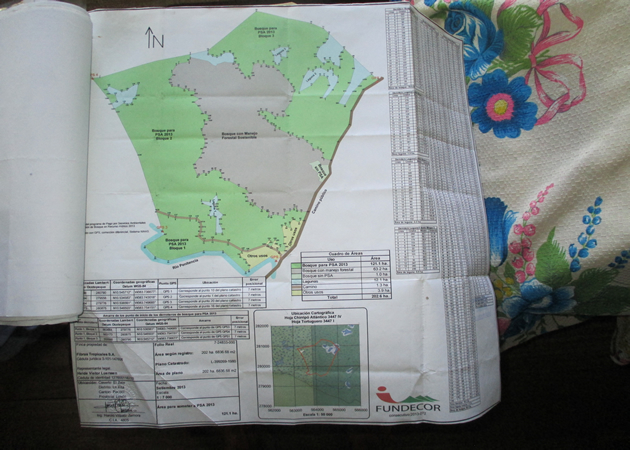 Property: For sale, 202 ha Rain Forest Farm on the Caribbean side of Costa Rica - Caribbean, Costa Rica. This 202 hectares property was acquired in 1980 and belongs to the same owners since then. Since it was bought and being a property of primary forest the owners have been maintaining the forest untouched, this forest area covers approximately 98%of the whole property.

The idea has been to protect the flora and fauna belonging to this zone and to give a natural refuge to all the species that have been displaced from their habitats as a result of the human actions.

Back in 1980 the zone where this property is located was covered by forests, however, after years of deforestation done by lumber companies; today El Zota farm is one of the few properties in the area that remains with a primary forest without any interruption by human hand or any kind of deforestation. Here you can find trees that are over 100 year old.

No doubt this is a sanctuary for birds, mammalians, snakes and many more animals; that the owners have been trying to keep and protect as long as possible.

Starting in 1997 until today, El Zota farm has been on a protection privet contract for payment of environmental services by FONAFIFO which is signed between the owner and FONAFIFO. The purpose of this contract is to have the necessary resources for the maintenance of the property.

Away from the noise, pollution and stress of the big cities; here you can find the relaxing feeling that only the direct connection with the nature can bring.

Barra del Colorado National Wildlife Refuge: This sprawling 92,000 ha. refuge is geologically and ecologically similar to Tortuguero National Park, with which it practically abuts on the southern boundary. The northern boundary is formed by the San Juan River (the border with Nicaragua) and runs from its mouth on the Caribbean coast, upriver to just east of the mouth of the Sarapiquí River.

The protected status of this region has come only recently and, unfortunately, after the clearing of much of the eastern sector for farming. A boat ride along the San Juan River dramatically demonstrates the difference in regional land use between the two countries. Much of the Costa Rican side is deforested right to the river bank, while the Nicaraguan side is a veritable wall of impenetrable jungle (and is part of a gargantuan protected area known as Indio Maíz).

The portions of the refuge nearer the coast are more heavily forested, although there are still small farms and clearings scattered about. Much of this sector is characterized by swampy soil that is readily flooded during periods of heavy rains and not at all suitable for agricultural activities.

A labyrinth of creeks and lagoons provides abundant freshwater habitat for myriad creatures from minuscule shrimp that live among the floating mats of water hyacinth to the large bull sharks that seasonally migrate into the area (and all the way to Lake Nicaragua) from the Caribbean Sea. Tarpon and snook also make annual forays into the freshwater system and the village of Barra del Colorado is a Mecca for enthusiastic sport fishermen looking for a potential world-record catch or just a good day of solid fishing.


Getting there: By boat, Barra del Colorado can be reached by taking the canal system 114 km. north from Limón (the dock at Moín), or by coming down the Sarapiquí River from Puerto Viejo. Flying from San José takes just over half an hour in a chartered light plane or one of the regularly scheduled flights on either SANSA or Travel Air airlines.

Fishing: Reputedly the best tarpon and snook fishing in the world! And even if the fish aren't biting on a given day, you can't beat the placid rain forest scenery. Numerous lodges exist in the Barra del Colorado area and are fully-equipped to cater to the fishing clientele. For those looking for a change of pace from fighting the powerful "Silver Kings," as Atlantic Tarpon are sometimes called, there is the option of going after smaller species such as Guapote, Mojarra, Machaca, Drum, and Alligator Gar using light tackle in the quiet backwater areas.

Climate: Warm throughout the year, rain is possible anytime, although the driest months are March and April.

History: This recent addition to the National Park Service system came about as part of an ambitious regional project known as "The Path of the Panther," which is an attempt to preserve a biological corridor from southern Mexico to Panama along the Caribbean side of the isthmus. The declaration of this large area as a wildlife refuge is an important first step to the protection of the remaining wilderness in the country's northeastern corner.

Being a property that has forest coverage and having 4 lagoons which are navigable, El Zota is an ideal place for a tourism development project or for conservation, allowing access to its biodiversity and an excellent environment for adventure tourists, students, naturalists or individuals wishing to be in direct contact with nature.

Its geographical location gives this area a climate typical of tropical forests, is located on a relatively short distance from developed tourist areas as Tortuguero, Limón, Sarapiquí and San Carlos which allows to travel in a short time from a forest environment to a beach location as Tortuguero and Limon or have the opportunity to visit the Arenal Volcano on San Carlos.

As the property is not located within any Wildlife Refuge or a National Park, has no hindrance or problem for projects developing of any kind.